Harrisburg, PA– Investigators from the Pennsylvania State Police announced today that they are joining with a forensic anthropologist from the University of South Florida to further their investigative efforts regarding cold case homicides. By some estimates there are more than 40,000 unidentified bodies across the nation, many of which are homicide victims. Similar cases in Pennsylvania brought about this investigative partnership with the hopes of uncovering new information regarding the cases.

Investigators sought the assistance of Dr. Erin Kimmerle, a forensic anthropologist from the University of South Florida (USF) and Director of the Institute for Forensic Anthropology & Applied Science (IFAAS). With her assistance, modern forensic applications can be applied. To date, assistance has been provided on five cold investigations from Monroe, Carbon, Luzerne, Lebanon, and York counties.  Four additional cases from Luzerne County will now be added to that list.

Corporal Thomas C. McAndrew is a member of the Pennsylvania State Police Criminal Investigation Assessment Unit (CIA), which routinely attempts to further cold case homicide investigations. Corporal McAndrew has been involved in ongoing efforts to locate unidentified victims who have been buried in cemeteries across the Commonwealth and may benefit from the application of modern science.  In doing so, Corporal McAndrew found four such cases in Luzerne County; however, the victims first need to be exhumed. Through a federal grant administered by the National Institute of Justice (NIJ), Dr. Kimmerle will be able conduct exhumations and apply modern forensic science to these cases as well. Dr. Kimmerle and her team members will perform these exhumations on Monday, September 26, 2016 at 10:00 AM, at Maple Hill Cemetery in Hanover Township, as well as at St. Anthony’s Cemetery in Courtdale, Luzerne County.

The media is permitted to be in a designated area at Maple Hill Cemetery (68 East St. Mary’s Road, Hanover Township, PA) while the exhumations are taking place.  Media briefings will take place throughout.

Some of the forensic advancements that can be applied include facial reconstructions, chemical isotope testing, and the collection of DNA samples that will be submitted to a national database in efforts to link with reference samples from family members of missing persons.

On Wednesday, September 28, 2016 at 11:00 AM, a follow-up press conference will be held at the Pennsylvania State Police Department Headquarters, 1800 Elmerton Avenue, Harrisburg, PA 17110.  Dr. Kimmerle, Corporal McAndrew and several investigators will be available to answer questions at that time.

The goal of the Pennsylvania State Police, IFAAS, and the West Manchester Township Police Department is to identify the victims, solve these crimes and help family and friends of the victims find closure. Anyone seeing news coverage that can identify the victims or provide information about these cases is encouraged to contact Pennsylvania Crime Stoppers at 1-800-4PA-TIPS or submit tips online at https://www.pacrimestoppers.org. Tips given directly to Pennsylvania Crime Stoppers that lead to an arrest are eligible for a cash reward.

COLD CASE SUMMARIES – FORENSIC WORK COMPLETED THUS FAR
Case 1: 1973 - Two game commission officers found the partially decomposed remains of a female near Fort Indiantown Gap, Union Township, Lebanon County.  The victim was nude and covered with green plastic tarps and leaves.  She is estimated to be a white female between 13 – 19 years of age.  A facial reconstruction and chemical isotope testing have been completed.

Case 2: 2013 – A tree-trimming crew discovered a human skull near the West Manchester Mall in West Manchester Township, York County.  This led to the discovery of additional skeletonized remains.  It is estimated that the remains are that of a white, Hispanic or Asian male, between 30-50 years of age.  It is estimated that he had been at that location approximately 3-10 years prior.  A facial reconstruction and chemical isotope analysis have been completed.

Case 3: 1994 – Workers doing a mine reclamation project discovered a human skull in a wooded area in Sugarloaf Township, Luzerne County.  Additional skeletonized remains were then found.  The victim is believed to be a white female between 34-47 years of age.  A facial reconstruction and chemical isotope analysis have been completed.

Case 4: 1976 - A teenage boy who was playing along the banks of the Lehigh River in East Side Boro, Luzerne County, found the remains of a pregnant female. The victim had been sexually assaulted, dismembered, placed in three suitcases and thrown off of an Interstate 80 bridge.  The victim is a white female, estimated to be 17 – 21 years of age.  A facial reconstruction and chemical isotope testing have been completed.

Case 5: 2011 - A citizen walking along SR 191 in Paradise Township, Monroe County discovered the remains of a male wrapped inside four black garbage bags.  It was estimated that the victim was killed within two months of being discovered.  Chemical isotope testing has been completed.

COLD CASE SUMMARIES – TO BE EXHUMED ON SEPTEMBER 26, 2016
Case 6: 1973 – A motorist found the partially decomposed remains of a black female on the side of Interstate 80 westbound in Black Creek Township, Luzerne County.  The victim was wearing blue-green shorts, a pink blouse with lace trim, and blue & green slippers with a floral design.  She was wrapped in a blanket and doused with sulfuric acid.

Case 7: 1970 - The nude body of a black female was found along Interstate 81 southbound near Nuangola, Rice Township, Luzerne County.

Case 8: 1979 – The partially decomposed remains of a white male were found by two men who were walking to a fishing spot.  The victim was estimated to be between 25-40 years of age and was wearing a sterling silver bracelet with “Vedon” on the clasp and a 14k gold serpent design ring on his pinky finger.

Case 9: 1980 – A landfill worker found the body of a newborn baby boy among trash in Larksville Borough, Luzerne County.  It is believed that the white male was born 24 to 72 hours prior to discovery.

The Pennsylvania State Police is the largest internationally accredited law enforcement agency in the world. More information can be found at www.psp.pa.gov.

The University of South Florida is a high-impact, global research university dedicated to student success. USF is a Top 50 research university among both public and private institutions nationwide in total research expenditures, according to the National Science Foundation. Serving nearly 48,000 students, the USF System has an annual budget of $1.5 billion and an annual economic impact of $4.4 billion. USF is a member of the American Athletic Conference. 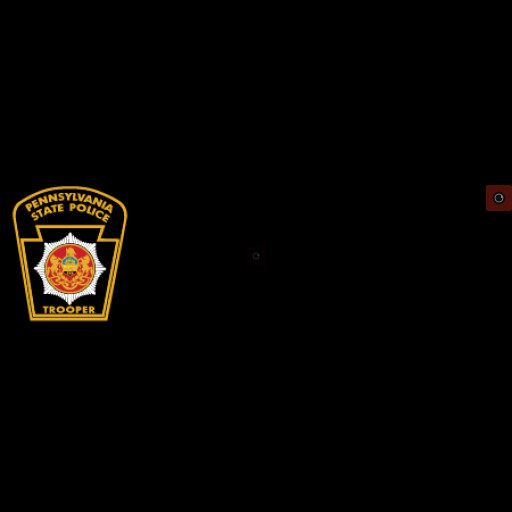